Operational efficiency is about more than making your business more productive. It’s also about better decision-making. How do you decide if action A or B is going to have more impact on your business?

This is where Pareto analysis comes in. Known as the 80-20 rule or the Law of the Vital Few, this simple tool is based on a basic notion: 80 per cent of effects are due to 20 per cent of causes.

In other words, a small number of factors is typically responsible for most issues or challenges. “Pareto analysis allows us to use data to find ‘quick wins’ faster − and with less cost to the organization − while identifying areas to improve that have a disproportionately positive impact,” says Manuel Gogolin, a business advisor with BDC’s Advisory Services, who specializes in coaching entrepreneurs on operational efficiency.

How to use Pareto analysis to prioritize actions

“A concentration of things typically fight for our attention. We want to make sure we’re prioritizing the actions that are going to lead to the biggest improvements,” Gogolin says.

He frequently uses Pareto analysis as a data-based way to help entrepreneurs decide which actions to prioritize when addressing quality management and other challenges.

He sees the 80-20 rule in action in a surprisingly wide range of business situations. Some possible examples:

The 80-20 ratio is a rule of thumb, not a hard-and-fast number. “The actual proportion in any given situation could be 70-30 or 90-10,” Gogolin says. “What’s key is the idea that a small number of factors is usually responsible for a disproportionate number of issues.”

In the parlance of efficiency experts, Pareto analysis helps you focus on the “vital few” and ignore the “trivial many.” The process involves four key steps.

Data is at the heart of operational efficiency. And Pareto analysis is no different. It’s important to track data relevant to your business in order to gauge current performance and monitor improvement. The specific data to track varies by the company and its challenges − for example, bottlenecks, rising costs or wasted space, resources or effort.

You can systematically identify such challenges using lean methdology and monitor the data using technology, such as KPI dashboards or specialized manufacturing applications.

“A lot of companies are bad at tracking data,” Gogolin says. “The first step is to start tracking information on where deficiencies are occurring.”

For example, if rework numbers are high, you can track data related to the root causes of each rework request, which department is responsible and the process it involves. For the data to be useful, it must be collected over a meaningful period of time (which, again, varies by the situation). 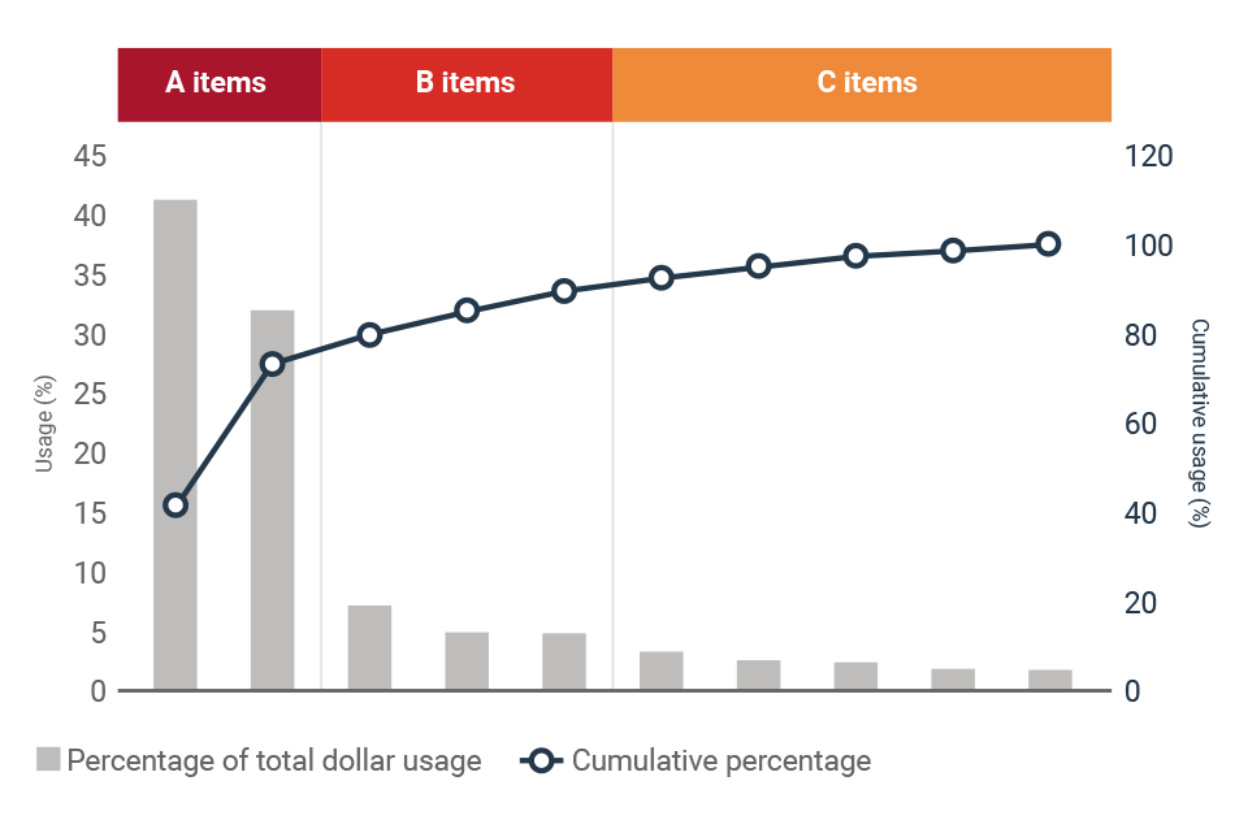 The second step is to put the data on a chart so you can visualize it. The most suitable type of chart is a histogram, also known as a bar chart. This is a chart showing each element as a bar representing its frequency. For example, after two months of data tracking, you may find that:

100 rework requests were due to maintenance-related issues

75 were because of material defects

20 were caused by hardware failures

15 were due to poor communication with clients

10 were the result of other factors

This information should be arranged on a chart from highest to lowest frequency. The highest frequency cause (maintenance-related issues) would be the first bar at the left of the chart, followed by material defects and so on (see chart below). 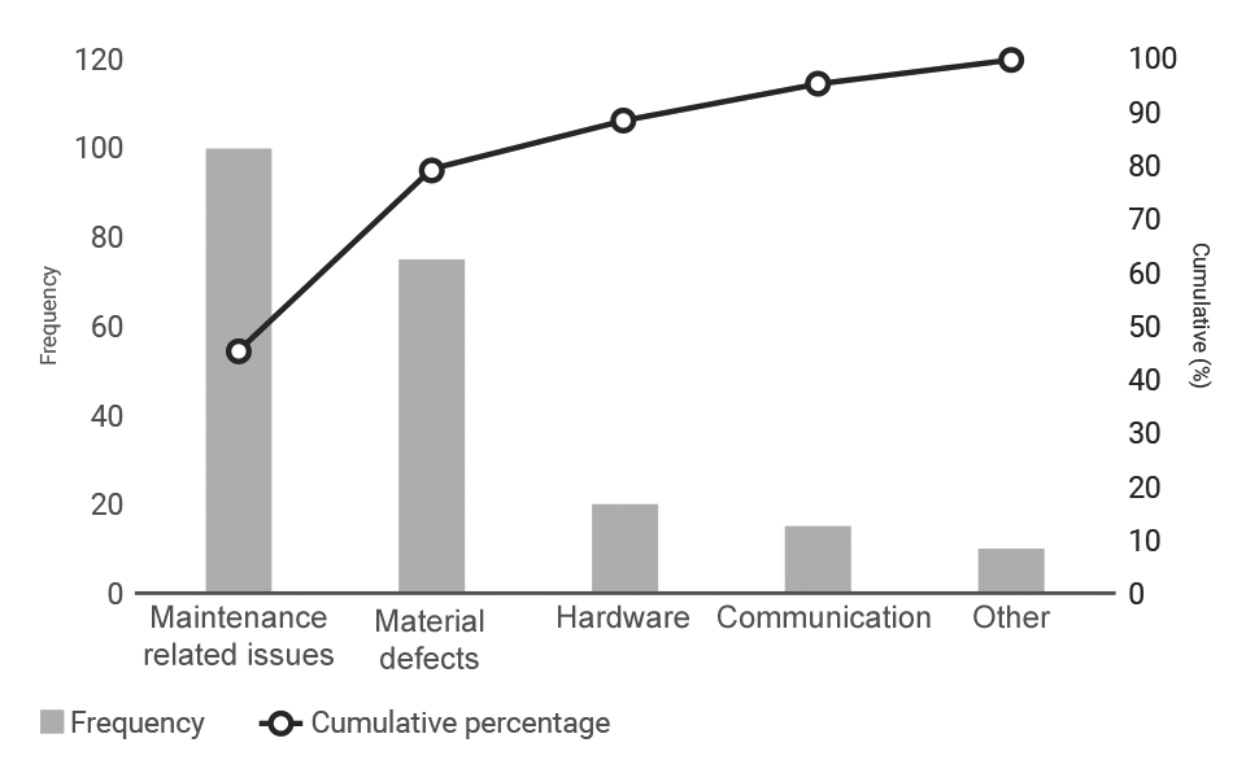 We want to focus on the vital few and ignore the trivial many.

Finally, identify the elements that when combined make up 80 per cent of the events you are examining. In the rework example above, maintenance related issues and material defects together make up 175 out of 220 total rework requests. That’s just under 80 per cent of the total.

The business would then use this information to prioritize the maintenance process and material defects as focus areas for an action plan or Kaizen blitz to reduce the rework volume. “We know that if we fix the priority areas, that’s going to deal with 80 per cent of our problems,” Gogolin says.