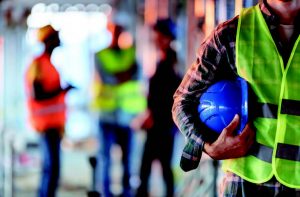 The construction industries view 2022 as a year with a more normal landscape than 2021. This “new” normal will have lingering challenges with higher inflation, supply chain issues and a pandemic still pervasive in parts of Canada and abroad. All of this adds up to cautious optimism. As COVID settles down, a challenge plaguing the construction industries including the HVAC/R sector long before the pandemic has come back into the spotlight; the shortage of skilled workers in the trades.

According to Employment and Social Development Canada in a January 2022 release, “Now more than ever, as Canada recovers from the COVID-19 pandemic, skilled tradespeople are in high demand to fill well-paying jobs and build rewarding careers. The most recent projections estimate about 700,000 skilled trades workers are expected to retire between 2019 and 2028, creating an ever-growing need to recruit and train thousands more.”

Has COVID affected the skilled labour pool? The good news is pandemic shutdowns and lost jobs did not significantly affect the pool because most of the trades continued to work throughout COVID. The bad news is the pool continues to shrink as retiring trade workers annually exceed the number of new workers and the “baby boomers” reach the end of their working careers.

This decreasing labour pool highlights the importance of finding a better approach to recruiting workers into the skilled trades. Along with recruitment, technology and its ability to assist companies that cannot find skilled workers must be recognized as a vital part of the solution.

Specific employment and labour force forecasts for HVAC/R are difficult to find because the sector is typically grouped with other trade groups. A good data alternative is the Buildforce Canada stats that look at construction as a whole.

The 2022 Buildforce labour report has fundamentally changed with the previous 10 year forecast replaced by a six year forecast (2022 to 2027). The new report shows construction employment picked up in 2021, will peak in 2022 and then fall back gradually to 2021 levels by 2027.

However, the industry still has a daunting task to attract workers over the next six to 10 years. The industry should focus on technology and upgrading skills and creating pathways to address this issue.

The most important forecasts came in the labour force section. This section indicated, “Although employment over most of the forecast period will be retreating from the peak levels achieved in 2022, labour force management during this period will be challenging. Industry retirements are expected to reach their highest levels over the next two years as large numbers of workers from the baby-boom generation exit the industry.”

Using technologies can reduce the skilled workers needed and help bridge a labour shortage gap, however increasing technology has an inherent challenge. To optimize technology, workers must be trained to get the desired results. A Royal Bank report entitled Powering Up: Preparing Canada’s Skilled Trades for a Post Pandemic Economy stated, “25 per cent of the 4 million trades workers in Canada will need to upgrade their skills within five years [and] demand for digital and ‘soft’ skills like creativity and problem solving is expected to rise significantly in critical trades.”

COVID increased the use of technology in the HVAC/R sector due to government restrictions. This technology acceleration needs to continue to be enhanced in future to both assist with the labour shortage and to stay competitive in the marketplace. 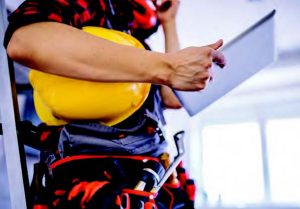 Experts in the workforce field say career promotion succeeds when a long term commitment is made by the industry, employers and governments and career pathways are created for recruits. Recruitment activities should target young people, people looking for new careers and underrepresented sectors such as women, Indigenous Canadians and new immigrants.

Indigenous Canadians make up a larger percentage of apprentices than their population percentage. The fastest growing sector of Canadian youth entering the trades, they could become the largest presence in the skilled trades’ workforce in the future.

Industry, trade educators and government bodies also must address sagging numbers entering the trades programs. The serious drop in new apprentices during COVID has put trade industries even further behind in solving the skilled labour problem.

The direct effects of COVID on the skilled labour shortage are dwarfed by the challenge created by the widening gap between retiring workers and new workers. There are no easy solutions to this issue. There are however steps to move industries in the right direction. These include (a) long term recruitment resource commitments by industry groups, governments and educators with emphasis on underrepresented sectors of the population and (b) individual companies implementing technology to help “bridge the gap” in the skilled labour shortage.

Without aggressive recruitment, the skilled labour pool will continue to decrease and significantly affect the long-term success of industries including HVAC/R in Canada. As noted above, the federal government is starting to “get the message” and taking the lead in recruitment efforts for the trades. HVAC/R industry groups and their employer members must join with other industries to bring provincial and municipal governments into the fold and recognize the high priority of solving this crisis and the immediate need to put resources into attracting new workers into the trades.

Moving the skilled trades’ shortage in the right direction