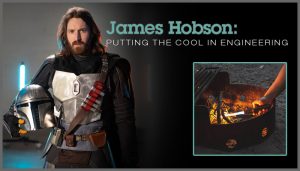 James Hobson, a.k.a. the Hacksmith, created his YouTube channel as a record of his inventions, innovations and gadgets that he has designed. Today it has almost 13 million subscribers. Hobson, who is never short of ideas, just the time to implement them, has taken that built-in customer base and expanded Hacksmith Industries’ ventures to include a retail store where shoppers can purchase miniature versions of his inventions and Hacksmith branded apparel. Hacksmith Industries specializes in taking fictional items from comics, video games and movies and making real working prototypes in order to share them with the world on its YouTube channel. Using this relatable medium, Hobson has taken the boring out of engineering and that gives him incredible satisfaction. “I’d say that’s the biggest benefit of the YouTube channel − basically, inspiring youth around the world to go into science, technology, engineering and maths by showing how cool it is to be an engineer. Kids say they didn’t know that was what engineering could be, thinking it was some boring thing. I feel we’re kind of doing the same thing for today’s generation as MythBusters did for my generation.

“I like keeping this idea of an industry that is the cool place to work. A lot of fans say ‘my dream is to work for you’ and that’s really great. I never imagined that when I started.”

Hobson has long been fascinated with engineering and as a teenager he knew it was the right career for him. “When I took tech class in high school, I learned that that’s engineering and then it was a pretty easy choice.” Ian Hillier, who would later join him at Hacksmith as co-founder and COO, was also in that tech class. “We went to high school together, college together, and worked on projects. When I started this business, he joined me very quickly after I quit my job,” says Hobson. The engineering bug stuck and Hobson went on to Conestoga College where there were lots of opportunities for hands-on projects. He graduated with a Bachelor of Engineering – Mechanical Systems Engineering. It’s been an adventure ever since.

MythBusters was a television show in the early 2000s where the hosts used elements of the scientific method to test the validity of rumours, myths, movie scenes, adages, Internet videos, and news stories. 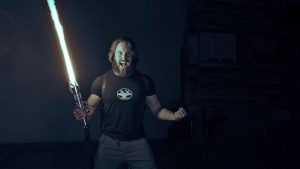 Between operating a successful Etsy account, writing for Hackaday and working full-time in an engineering position, Hobson’s plate was stacked after graduating. The Etsy business selling laser engraved cutting boards was one of the side hustles he continued when he started the YouTube channel.

“It paid the bills while the YouTube channel grew,” recounts Hobson. “That was part of the reason I quit my job, because basically between trying to do YouTube, working full-time as an engineer, doing the laser engraving business on the side and doing the academic writing, I was burning the candle at both ends. I had about six months maybe of savings, so I had six months to make it or to crawl back to an engineering job. Luckily, between Hackaday and the laser engraving business on Etsy, I was able to make enough money to survive.”

Hobson attributes some of Hacksmith’s success to his approach to running the channel as a business. “Lots of big YouTubers have lots of followers, but they never really built up a team or reinvested as much back into the channel. And because of the nature of what we do, which is engineering, we built it more like an engineering business. We’ve built up a team and are invested in building up the spec facility and having all the tools and resources. We have basically become a skunk works − being able to make anything under one roof.”

Hacksmith Entertainment is in the process of moving from its current site in Waterloo, ON to a 15,000-sq. ft. site with 18 acres in Cambridge, ON where they plan to grow the business. “The new property has lots of outside outdoor space for projects and whatnot. And we’re planning a 30,000-sq. ft. expansion,” says Hobson. “The acreage will allow for some more MythBusters-level projects. You can go out to the field to test a cannon or something. We can’t do that right now because we’re in the middle of an industrial district. Having that space, I think, is going to be the next paradigm shift for the business, which will be the second big shift because the first shift was moving out of my garage into a real facility 10 times the size.

“The property is called HERC and it stands for Hacksmith Engineering Research Campus. The nature of even having an acronym as your business name adds curiosity. When you make it look cool and you have an acronym, people ask: ‘What is that?’” 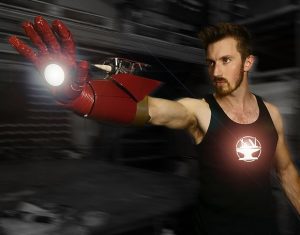 Ideas for the new location include large art installations, creating a collaboration hub, operating summer camps, and building a soundstage, a priority for Hobson. “Once we have that soundstage built, I wouldn’t mind looking into buying a decommissioned fighter jet and modifying it a bit and just parking it on the roof. Because if you park a plane on a roof, suddenly people are asking: ‘What’s that building? Why is there a plane on the roof?’ It is an easy way to make your building cooler than your neighbours’.”

At the end of 2020 Hobson decided to do a full series on making all of the Mandalorian’s (a Star Wars Disney Plus television character) different gadgets and armour. “We did, I think, an eight-part video series building all the parts such as the flamethrower, the blaster, the sphere, the armour, the helmet and the jetpack.”

Hacksmith followed that up with The Bounty, a 25-minute short film it did in collaboration with a local production company. “The Bounty is pretty cool because to me it feels like almost the same quality as the Disney Plus Series, which obviously has a lot more money and production quality. But it was a fun experiment. It didn’t get that many views on YouTube because it was kind of out of left field for us. People weren’t expecting a short film, but it still has over 1.6 million views, which is good,” says Hobson.

An option to resolve insufficient airflow 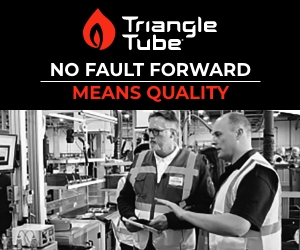 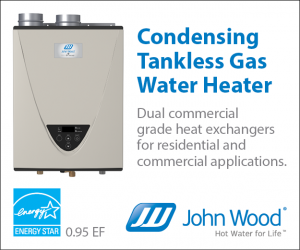