Water Is Our Friend: If It Is Contained and Channeled Properly 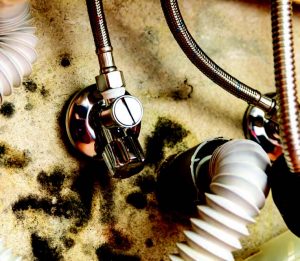 Over the years as the general manager of a plumbing and heating company I came across many water damage insurance restoration job sites.

There are many ways a structure can sustain water damage. In the case of a fire, you would think the fire itself would cause the most extensive damage, but in my experience water damage and fire go hand in hand. When a fire is at full burn in a house, firemen tend to go to the top floor and douse the fire with 2 ½-in. fire hoses thereby extinguishing the fire with thousands of gallons of water. There may be partial fire damage, but it is the water damage which spreads everywhere. It’s effect on wood and drywall is devastating. Water causes the wood floors to roll up like waves, resulting in most or all the floors requiring replacement.

Once water gets into the drywall and in between the insulation and vapour barrier, mould will take over. While not all mould is dangerous, there are certain kinds of black mould which can cause sickness amongst vulnerable age groups.

Water damage from broken pipes or flooding can cause great damage to mechanical systems. If water floods into the furnace, it’s not just the controls that could be rendered useless, it’s also the heat exchanger. When a heat exchanger gets wet it will eventually rust and possibly perforate creating a hazardous situation. It should be replaced if this is the case.

Residential hot water tanks have insulation and epoxy coatings to prevent corrosion and heat loss. If the insulation gets wet it can create mould in the linings of the tank, so it should be replaced if in a flood. Pretty much any electrical controls also would have to be replaced after water damage. Are rain water or storm floods covered by insurance? No or maybe yes.

Normally storm water is not covered by insurance, meaning if the weeping tile or subsoil drainage surrounding the lower foundation wall backs up into a basement it is typically not covered. However, in large catastrophic flood cases such as the Calgary June 19, 2013 floods, things changed for that predicament. For instance, the storm and sanitary sewers typically are separate sewers, and sanitary floods are typically covered by insurance claims. The only way a storm backup would be covered is if the sanitary had somehow crossed over into the storm and contaminated it.

In the Calgary flood cases, the flooding was severe enough that the streets’ sanitary and storm manholes were submerged in flooded waters thereby cross connecting the storm water making most, if not all, the claims insurable.

If water service bursts, is it insured? Typically, if the water service within the building foundation bursts it should be covered. However, if the leak occurs outside the foundation of the building from the property line to the house, it will probably not be covered by insurance. The reason being that insurance typically covers the house itself, not the underground outside of the house. Unfortunately, most water service breaks happen at the corporation coupling just inside property lines by or several feet before the side walk. Quite often the leak happens under the house’s front driveway and this is usually not covered.

When I say it’s sometimes or typically not covered, almost anything can be insured if you pay higher premiums. Exterior sanitary sewer backups are nasty but usually cause less damage than water main breaks, as pressurized water spreads quickly throughout the underground, causing extensive damage. All of that saturated and contaminated earth must be removed from the site and replaced.

TECHNOLOGY AND DESIGN TO THE RESCUE

Of course, new plumbing technology can help prevent some of these accidental water leaks from causing a lot of water damage. There are several digital devices on the market which monitor and shut off water in case of a leak. Other than that, most plumbing fixtures have some sort of basic overflow protection.

I showed up to my afternoon shift as a plumbing apprentice for the maintenance of a nice old hotel. When I arrived in the basement two plumbers were trying to fix a sewer backup, which was backing up in the main floor kitchen. There were about eight to nine floors above them and they were in the basement off the hallway for all the employees’ lockers. They had a 48 in. pipe wrench complete with a snipe on it, trying to open a four in. brass cleanout on an eight in. horizontal cast iron wye. It was old and did not want to come off.

I joined in the fun and three of us were holding and prying on the end of this huge wrench trying to turn out the cleanout counter clockwise. We were in a 10 ft. x 10 ft. room that was more like a cupboard. When we idiots finally unleashed the wrath of the 150 ft. stack, the brass round cleanout flew through the air and stuck in the wall, followed by several truckloads of sanitary poop. We were like three sailors trying to shut a submarine hatch, but the pressure was too great and the liquid sanitation pushed open the door and filled up the hallway and the employees’ lockers with two to three ft. of this lovely brown liquid.

I must have been quite a sight running up into the beautiful foyer covered in poop. I ran outside and looked for a manhole, thinking maybe that was the problem. Sure enough, when I opened it, it was full to the top of sanitary waste. Now as it turned out we didn’t have to open that cleanout, all we had to do is call the city, and they would vacuum out the manhole. Needless to say, I learned my lesson on manhole locations and cleanouts. There was even a main cleanout about 10 feet higher in the kitchen on the main floor, which would not have been as disastrous to open. The applicable plumbing code is found in the 2015 and 2020 editions under 2.4.7.1. (7b). It basically states that you can install a cleanout three metres above the base of the stack (in case there are accessibility problems). I say if all else fails check your code book.