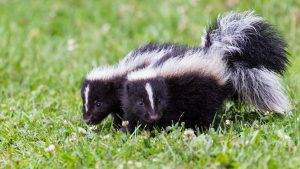 A number of years ago, a colleague of mine and I were teaching building science in Russia to a number of contractors. The indoor air quality (IAQ) section of the training was provided by the Canada Mortgage and Housing Corporation’s (CMHC) research division. The division had done great work on identifying and resolving IAQ problems in houses.

One image in the training was that of a skunk to highlight the opportunity of using odours to identify air quality issues. The training participants were confused by the picture. Our interpreter told us no one knew what the animal in the picture was; apparently, there are no skunks in Europe.

Our intent to conjure up the memory of a commonly-known smell to focus attention on air quality failed. There was no shared experience with an odour that is so familiar to most North Americans. Even my three year- old grandson surprised me one fall evening when he crinkled up his nose and said “EWWH, skunk.”

Indeed, this training experience underscored one of the major problems in trying to resolve odour problems in houses. Everyone has a different sense or experience with smells and we often struggle to find a common language to describe the odours we smell. I have written before about the challenge of resolving odour problems for clients and the first step is always to determine if we can agree on what it is each person is smelling. 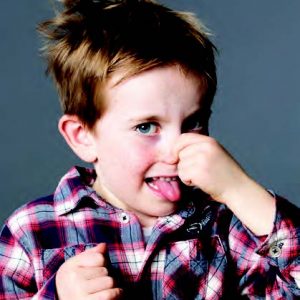 Undoubtedly mechanical contractors get calls about odours in houses, especially in the fall when heating systems start up, or in the spring at the start of air conditioning season. Be aware that the way you describe odours may be different than how your client perceives it. Moreover, because the sense of smell varies greatly among humans, you may not even be able to detect any discernible odour, even when your client is adamant about how strong an odour might be. We all need to respect the differences in the sense of smell and be open to trying to resolve odour concerns that don’t affect your olfactory system in the same way they may be affecting your client.

There are useful strategies for ferreting out odour complaints in houses. I always start by asking a series of questions to determine where the smell is most prevalent, what time of day is it most noticeable, and what other events, activities or conditions coincide with the odour? For example, the owners of a one-year-old home recently reported an annoying smell in their master bathroom and in the kitchen. They had experienced it enough times to be able to link it to times they were showering in that bathroom, and cooking on the stove top in the kitchen. My mind went to possible moisture issues. It was easy to duplicate the conditions in the bathroom. We turned on the shower and waited, but there was no smell. After about 10 minutes the client realized the window was steaming up and instinctively turned on the bathroom fan. Within seconds he asked “Do you smell it now?” It took some sniffing around but eventually all four of us, the homeowners, the builder and me agreed we could smell something, although we each had different words to describe it. Most importantly, we all agreed it was coming from the electrical box located on an exterior wall. We took a quick trip to the kitchen, turned on the range hood and found the same odour, again from the electrical plug on an outside wall. The negative pressure created by the exhaust fans was drawing in an odour from the outside wall.

Typically at this point my clients presume there is some magic black box that can be used to sniff and analyze air samples and determine what is in the air. There are such devices, called gas chromatograph–mass spectrometers, but they are very expensive and are used in critical laboratory investigations. In this case, it was more practical just to open up the wall around the plug and confirm there were no moisture or mould issues. 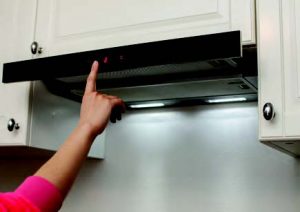 Using a technique described to me by Virginia Salares, our mentor at CMHC, we took samples of each building material in the area – insulation, drywall, poly vapour barrier, acoustical caulking, and even the foam gasket from the electrical box that is designed to seal the wire penetrations. We put each one in a separate zip lock bag and exposed them to sunlight, to heat them up just a bit. Everyone then smelled the bags. We all agreed that the foam gasket was the main culprit, although we never did come up with a common term to describe the smell.

It seemed the gasket material itself or the adhesive meant to adhere the gasket to the electrical box had deteriorated. We checked the gaskets from the outlets that smelled and compared them to outlets that didn’t smell, and the homeowners agreed there was a noticeable difference. The two electrical boxes were changed, the wall thoroughly sealed up and the odour problem was resolved.

This simple case highlights useful strategies for resolving odour problems. Start by trusting your nose and, more importantly, your client’s nose. Noses are more sensitive and far less expensive to use than trying to find a specific air quality monitoring device. 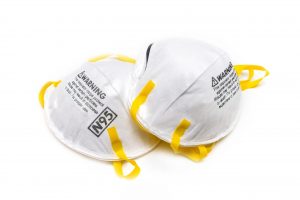 Interestingly the N95 masks, that are now so commonly used, are helpful in odour investigations. Wear the mask while in a home or office and lower it briefly as you move through the space to characterize different odours in different places. The masks help to delay your nose from becoming too used to specific odours.

The most effective resolution is to find and remove the source of the odour. If it is impractical to remove the offending material, the next best solution is to seal or isolate the material. In the scenario described earlier, if the insulation had been the culprit, it would have been impractical to remove all the insulation, so a thorough air sealing of the wall cavities would have been the right approach. Ventilation is the next most effective strategy, and it can be configured so as to create pressure differences that discourage odour transmission between spaces.

Being keenly aware of the smells you encounter and respecting the noses of your clients will help you help your customer improve the air in their homes.

Flood recovery: A guide for home heating and cooling systems