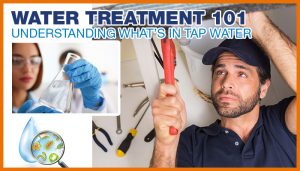 Plumbers are trusted advisors when it comes to water treatment. Many of the problems you’ve been called to fix may have started with the water, even on municipal water supplies. Adding water treatment to your business is an opportunity to better serve customers, grow your customer base, and add recurring service and parts revenue to your income.

For the majority of Canadians, enjoying safe drinking water from the tap has been commonplace for 100 years or more. In Ontario, the cities of Hamilton and Toronto introduced public water systems before the 1900s following waves of cholera outbreaks in the mid-1800s.

Today, the purpose of public water treatment continues to be reducing or eliminating the spread of waterborne illnesses through disinfection.

Who sets the limits? 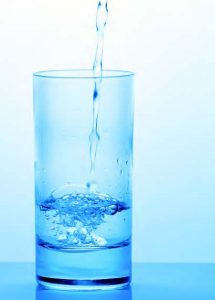 The Government of Canada also works with the provinces and territories to develop The Guidelines for Canadian Drinking Water Quality. These guidelines set the acceptable limits for microbiological (bacteria, protozoa, and viruses), chemical, physical and radiological contaminants in drinking water.

Chemicals with proven health considerations such as arsenic, barium, cyanide, lead and manganese all have maximum acceptable concentrations (MAC) for safe drinking water. In 2018, MACs for perfluoro octane sulfonate (PFOS) and perfluorooctanoic acid (PFOA) were added to Canada’s guidelines because they have been recognized as health concerns in drinking water. PFOA and PFOS are industrial chemicals commonly used as protective coatings on pans and other consumer products. 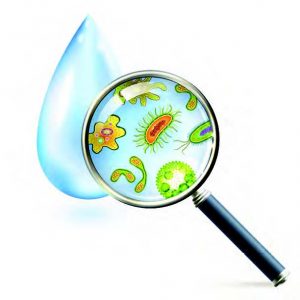 While access to municipal water is nearly universal in Canada’s metropolitan areas (95 per cent of households according to the 2007 Households and the Environment Survey), what most Canadians don’t understand is that even clear water from the tap isn’t always optimal for their health or their home.

Chlorine and chloramines are commonly used by municipalities as water disinfectants and unless removed by a treatment system in the home, remain in the water. Chlorine is used as a primary disinfectant to kill bacteria, viruses and harmful organisms in water. Monochloramine, the type of chloramine used for water treatment, is used as a secondary disinfectant because it provides longer-lasting disinfection as water moves through pipes to consumers. While chlorine is a widely recognized disinfecting agent, most consumers know very little about chloramines.

According to the U.S. Environmental Protection Agency (US EPA), chloramines are most commonly formed when ammonia is added to chlorine to treat drinking water. The United States, Australia, and the World Health Organization have all set limits for chloramines in drinking water, even though current studies have indicated that small amounts of chloramines in water does not have adverse health effects. Based on these studies, Health Canada in partnership with provinces, territories and other federal departments, has determined that a MAC for chloramines is not necessary.

In addition to disinfectant chemicals added at municipal water treatment plants, tap water can be contaminated on the way to the home. Lead from lead pipes can leach into water as it travels and legionella can grow in biofilm that forms inside pipes. Tap water also contains naturally occurring minerals such as calcium and magnesium (which make hard water). Hard water minerals aren’t removed during the municipal treatment process but have harmful effects in the home, including: clogging pipes and plumbing fixtures, limiting the life of water using appliances, and causing build-up on your hair and skin.

While water composition varies from community to community, and even neighbourhood to neighbourhood, chlorine, chloramines and hard water minerals are prevalent in municipal water supplies across Canada. 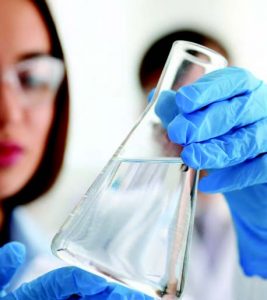 The first step to giving customers water that is free from harmful minerals and contaminants, is understanding what’s in the water. Water testing can be approached in three ways:

The right in-home water conditioning system can be selected based on the results of the water test. The most common in-home water treatment systems for municipal water applications include softeners, whole home carbon filters (to remove chlorine and chloramines) and reverse osmosis systems. Common private well solutions include iron filters, softeners and reverse osmosis systems for drinking water.

When it comes to selecting equipment, remember that you’re not alone. Your local plumbing wholesaler will work with their water conditioning equipment supplier to recommend the system or systems needed for each application. Depending on the application, your customer may have more than one option to choose from. Softeners and reverse osmosis systems offer different efficiency, technology and features, giving homeowners the opportunity to choose which works best for them.

Even after selecting and installing equipment based on water test results, it’s important to remember that water testing is a snapshot in time and should be done every six months to a year. This is particularly important for private well customers. Environmental factors, such as the rise and fall of the local water table, have impacts on the composition of the source water.

If you’ve been hesitant to introduce water treatment to your business, it’s time to take another look. In an upcoming issue, we’ll take a closer look at hard water and how to help customers choose the right softener.