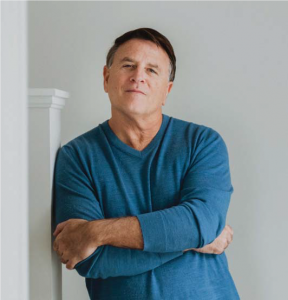 It’s been a decade since David Chilton was interviewed by Mechanical Business and since then the television personality, author, speaker and entrepreneur hasn’t slowed down.

When he did the initial interview his book The Wealthy Barber Returns was about to be released, and David was in the whirlwind that went along with that.

“The normal life that goes with book launches, the interviews, the travel and all of the speeches, made it a very busy 12 months, but it didn’t last as long as it normally would with a book like that, because I started doing Dragon’s Den,” says David.

He would remain a panellist on the show for three seasons, juggling the demands of his business and speaking engagements while committing the time and attention to the show that it required. “Dragon’s Den was all time consuming. If you take it very seriously, if you actually do all the due diligences and close a lot of the deals, it’s pretty overwhelming in terms of the demands, in a good way too though. It was fun,” notes David.

“The last few years, I’ve done a lot of different things, I’ve kept speaking, I will always keep that a part of my life. I started a third book, although it’s been coming very slowly. I am trying for the first time to write part-time, and I’m not really very good at that,” says David.

King Rico joined the Chilton family about 10 years ago. He’s a retriever lab cross and David thinks there may be a couple of other breeds in there too. “We got him at the pound. He is an unbelievable dog. I’m so lucky to have that dog. He’s so smart, it’s absolutely crazy. I’ve had some really good dogs in my life, but he’s so much smarter than any of them. And the funny thing is that it makes the relationship different when they know so many words and they can pick up patterns so quickly. I’ve found owning him not only to be a pleasure, but I’ve actually found it quite fascinating because of his pattern recognition,” muses David

“The one slight positive that may come out of all this [COVID-19], I think it makes us all less likely to take a lot of the simple pleasures for granted going forward. When we get together with friends for a backyard beer, or when we go to a ball game, or when we do similar types of things, we’re more likely to appreciate them to the extent we should, and realize these really are the best moments in life.” DC

On the sell side of life

David’s new business in the mergers and acquisitions (M&A) space, Chilton & Associates, seems to be a perfect fit.

“We’re on the sell side, that’s gone very well. I enjoy that immensely because it’s matched up to my background so well. And I love the entrepreneurs in that space. It’s a lot of fun, it’s a lot of detail work, and you have to do a great job. You can’t give people 90 per cent, you have to give them 100 per cent because for them it is the most important transaction of their lives. And you have to honour that by throwing yourself right into it,” emphasizes David.

Chilton & Associates was originally going to be a unique mix of businesses. In the end M&A and memorabilia sales made the cut. Memorabilia remains a small part of the business. Helping people  to sell their businesses has become the core focus for the company.

“We got very charged up about buying businesses, and then during that process we ended up getting really excited about what we could do to help the sell side. We can bring a lot to that table because of my experiences. We could put the right team together and focus on the marketing end of things, and it’s gone really well. I think our clients would testify to that as well,” says David.

With the exception of tech, Chilton & Associates tends to be industry agnostic, dealing with traditional businesses ranging from trades companies, to engineering firms in the $2- to $10-million enterprise value space.

“We have a lot of files right now that are quite a bit larger than that. But that range has been our focus on the marketing end of things. And there are so many of those companies where the owner/entrepreneur is in her or his 60s, in some cases 70s, and if there’s no succession plan in place then obviously they’re looking to sell,” notes David.

“I think you’ll see a lot of HVAC companies coming up for sale in the next five to 10 years, because many of the owners are at an age where they’re going to consider that. And a lot of them have done so well through this construction boom over the last few years.”

Many of these businesses will be sold to an outside interest, rather than remaining in the family. David contends that the younger generation is not so interested in following in their parents’ footsteps. “Interestingly, even when the younger generation is entrepreneur-oriented in their hopes and desires, they often want to start something themselves, or they don’t want to necessarily play in the same industry. I think we’re seeing fewer companies passed on generation to generation as a percentage than we used to.”

Case in point, David’s son and daughter have struck out on their own. “They’re both entrepreneurs. Nobody will hire any of us clearly, because we all work for ourselves. But they had no interest in working with me whatsoever. They really didn’t. They wanted to set out on their own and do things that they’d love or were passionate about,” says David.

As someone who enjoys people and sharing knowledge, David says the sudden cancellation of in person speaking engagements was tough. “I’d spent my whole career on stage at night, or at a charity event, or at a gala, or on a plane. When I wasn’t speaking and I had young kids, I was obviously doing kids’ things. And suddenly you’ve got night after night where you are not doing that. It’s like holy smokes, what do people do at night?”

He still shares his knowledge and receives feedback, albeit in a much more limited way, after a chance encounter with an RBC Wealth Management executive resulted in David writing short articles and producing videos for RBC. Aside from the kudos these generic gems have generated, the videos are an opportunity for him to reach out to people.

“The videos have been so well received that we’re doing nothing but the videos now,” says David. “It sounds corny, but I like when things are impacting. You’re not just doing them and they’re going over well, but they’re actually impacting. We’ve had so many people say ‘Hey, I updated my will,’ or ‘Hey, I did make a few changes,’ or even ‘I didn’t really understand what you’re talking about with trusts, etc.’ I like the fact that they’re actually changing people’s mindsets, making them more open to things, and reminding them they have to get in and take care of things.”

He believes that “COVID helped the pick up on the videos. I think it made us all think ‘Who knows what can happen in life?’ There are dramatic unexpected surprises. And that mentality makes people more likely to pay attention to estate planning and wills. I think one of the reasons they’ve gone over so well was COVID drawing attention to the fact that stuff happens in life.”

Getting a grip on pipe joining 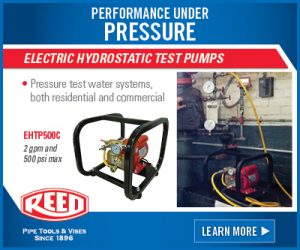