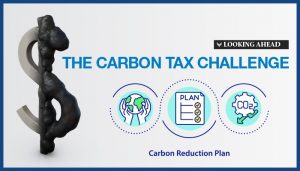 In the May/June 2021 issue of Mechanical Business I discussed why increases to the federal carbon tax should be getting us thinking about low-carbon heating solutions such as heat pumps and hybrid heat pump systems. Understanding the federal government’s plan for the carbon tax and what it will mean for consumers will make it clear why it is worth investing in lower carbon heating solutions now. Part of the carbon tax challenge is that it is largely invisible − it’s hidden in the cost of all goods since all goods have some carbon intensity. As shown in Figure 1, it is more visible on natural gas bills.

The federal government gave the provinces until September 1, 2018, to put their own plan to “price carbon” in place. British Columbia, Quebec, Nova Scotia, Prince Edward Island, and Newfoundland and Labrador complied with the request and have their own carbon pricing schemes. Ontario, New Brunswick, Manitoba, Saskatchewan and Alberta did not commit to implementing carbon pricing schemes, so the federal government did it for them.

The overall concept is that carbon is taxed when used – when you fill up your gas tank or burn natural gas for example. A portion (the federal government claims up to 90 per cent based on family size) is returned to you when you file your taxes each year. The idea is to create a disincentive to use carbon that is relatively revenue neutral. That 10 per cent difference is supposed to be invested in low carbon technologies and incentives to reduce carbon emissions.

How is carbon priced?

The carbon tax is most visible when you pay for fuel. “The fuel charge applies to 21 fossil fuels including gasoline, light fuel oil (e.g., diesel), and natural gas. It also applies to combustible waste (e.g., tires). The fuel charge rates reflect a carbon pollution price of $20 per tonne of carbon dioxide equivalent (CO2e) as of April 1, 2019, rising by $10 per tonne annually to $50 per tonne as of April 1, 2022. The rates are based on global warming potential factors and emission factors used to report Canada’s emissions to the United Nations Framework Convention on Climate Change. 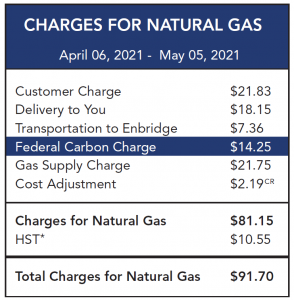 In 2020 my modest Toronto home used 2,479 m3 of natural gas. In 2030 the carbon tax on that level of consumption will be $825 in addition to the cost of the fuel itself. This should clarify why we need to be talking to customers now about how they will heat their homes over the next 10 to 15 years. Going for the lowest installed cost furnace and air conditioner today will likely involve some buyer’s regret in about five years.

In an upcoming issue we will look at modelling that has been done so you can show customers why investing in a lower carbon heating system today will be worth it in the long run. 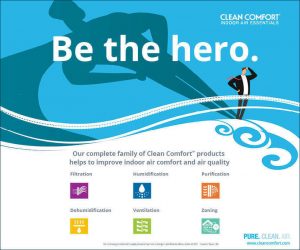