Mike Durbin: The bigger the job the better 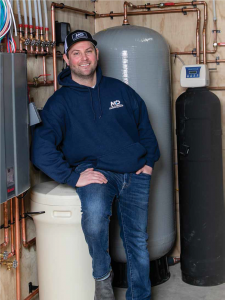 There was a time in Mike Durbin’s life that hockey was the only thing on his mind. But a summer job working with a pool company with his older brother put another idea into his head.

“I liked working with water heaters and filtration equipment and making it look better than the other guys. It made me think plumbing might be right for me.” He also discovered he had a passion for precision. “I thought it was cool using a level and matching things perfectly. I hard piped it all to make it look good rather than using flexible piping.”

After that, a stint as a bartender gave the final push to become a plumber. A regular customer who owned a plumbing company offered him a job, and things took off from there. He worked for more than 10 years, getting his certification in 2009. In 2014, he was ready to fly solo.

“I worked out of an old 2006 van. It was the cheapest van with the nicest body. I decaled it right away so people would know my name and number.” His first year in business he hired two people. Now there are eight. Durbin personally prefers commercial work, because most of the jobs are new builds.

“My favourite kind of work is multi-residential buildings. The bigger the building the better.”

The secret his success, he says, is hard work and a willingness to try to do new stuff and learn. “I had never done a boiler system before I went out on my own. I said I could do it and figured it out. Now we’re sought after for that.”

Over the years he has also become a hydronic specialist. He honed his skills on a massive project that required 30,000 sq. ft. of indoor floor heating with 27 different zones. “The way I look at it is, if somebody else can do it, why can’t I? I never say no to a job.”

The best advice he ever received was from a mentor who told him that for every problem a business owner runs into, all the bigger companies have gone through the exact same situation already. “I need to figure out how to solve problems, achieve goals and reach milestones myself to get to the next level. Every time I am faced with a challenge or opportunity, I think back to that conversation and figure out how to push forward.”

Would like to get dispatched to: Anywhere warm in winter

Favourite part of the job: Solving problems and learning

Tool you wish you had: A line jetter

If you were granted one wish: To live a long healthy life and to watch my kids/wife grow old

Favourite place to hang out: Westmount Golf and Country Club

Hobbies: Hanging out with my family. I like watching my son play hockey

If you could be an animal, what would you be? I think sharks are cool

One place in the world you would like to visit: Ireland

One word that describes you: Motivated

If I had a million dollars...I would invest it and keep going

Biggest pet peeve: Handymen trying to be plumbers and then we have to come in and fix all the mistakes, causing more expense than necessary. Or homeowners that won’t leave you alone to work

If you wrote a book: Something about home heating systems for those who don’t know but want to

Life on the ice

In his younger years, Durbin was looking at a promising hockey career. “I grew up playing competitive hockey. I was pretty good,” he says.

In winter he was on the ice seven days a week with a team of at local rinks. “Walter Gretzky was my coach actually. We ended up beating Team Alberta 6 to 1 in the national finals when I was 16.”

Come summer he played roller hockey where he eventually made it to Team Ontario. In fact, he says, he was better on roller blades than skates. “I just wasn’t quite as good at ice hockey. But there was no pro route for roller hockey here.”

He hasn’t lost that connection with hockey to this day. He now likes to watch his son, who plays at the AA level, and is hoping his seven year-old picks up the sport. “I would like to coach her if I get the chance.”

He hasn’t given up competitive sports altogether, he says. His latest passion is golf. “I love it. I’m trying to get my kids into it as well.” 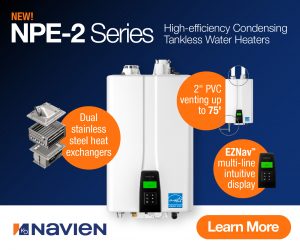