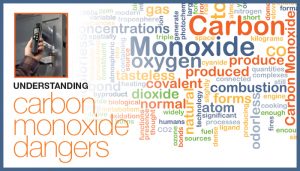 “Something’s wrong with the new boiler,” the anxious caller said, one December evening. Sensing his concern, I asked,

“My CO alarm keeps ringing. It must be the boiler,” the man continued. The “new” boiler was actually installed five years earlier.

“Open your windows, turn off the boiler, and leave the house. I’m on the way.”

Once there, I switched on my carbon monoxide meter outside the house to calibrate it before entering. The CO detector should be calibrated in a space without carbon monoxide exposure to avoid false readings when inside. When the digital display reached zero, I walked inside.

In the home, the CO levels were safe, but not ideal, coming in between three and five parts per million. In the basement, I switched the boiler on and opened the hot water valve on the nearby sink to get a call for the water heater.

Using the CO meter, I could see there was no carbon monoxide produced by either the water heater or the boiler. Walking upstairs, the nervous owner asked about the boiler. After assuring him both the water heater and boiler were working correctly, I asked what he was doing when the alarm sounded.

It only took a few minutes after switching the oven on before the numbers on my detector started rising rapidly. Turning the oven off, I explained the source of the alarm was the oven. A minute later, the CO alarm sounded, confirming my diagnosis.

The customer thanked me and asked, “Are you going to charge me?” (I didn’t.)

Each year, we hear stories of accidental carbon monoxide poisonings. I can recall a recent incident with a motel in Winnipeg where 46 people were sent to the hospital with CO poisoning, 15 in critical condition. The cause of the exposure was attributed to improper venting of the boiler.

According to a 2017 study provided by the University of the Fraser Valley, between 2000 and 2013, there were 1,125 deaths in Canada with CO listed as the cause, so while the cause was not the heating system for my customer, the concern was valid. Carbon monoxide is not a gas to be taken lightly.

How is it formed?

Carbon monoxide is formed during the combustion process, and is like the grumpy old neighbour who yells at the children about going in the yard. CO hates change. Any time you change the firing rate or fuel-to-air ratio of the flame, CO is produced.

Even combustion air temperature can affect the production of CO, due to the density variations of air at different temperatures. A quarterturn of the gas pressure regulator can spike the carbon monoxide levels from zero PPM to several thousand PPM.

How to protect yourself

During one of my boiler seminars, an attendee boasted that he purchased a plug-in type of carbon monoxide alarm, similar to the one you may have in your home. He takes it with him on every service call and plugs it into the wall. While it seemed like a good idea, the plug-in types are not designed to be taken from job to job.

Kidde, a manufacturer of CO detectors, includes the following warning on its plug-in devices: “This CO alarm is designed to act as a monitor; it is not designed for use as a short-term testing device to perform a quick check for the presence of CO.” Obviously, this tech was not the only one to have this idea.

The drawback of using these alarms on a service call is the reaction time. Exposure to CO greater than 12,800 PPM can cause death within one to three minutes. The reaction time for these types of alarms to sense dangerous, life-threatening CO levels can be 15 minutes, and most need at least four minutes. As you can see, the math is against you.

Why is CO dangerous?

Carbon monoxide displaces the oxygen in the body’s hemoglobin, essentially suffocating the organs. CO forms carboxyhemoglobin in the blood, and the weird part is your body prefers CO over two hundred times more than oxygen.

The troubling issue with CO is the five-hour half-life. Half-life is the amount of time it takes for your body’s blood to surrender the CO naturally and drop it to half the exposure level. If you were exposed to three hundred PPM of carbon monoxide, it would take five hours after being removed from the contaminated air for the CO level inside the blood to drop to half of that, or 150 PPM. After an additional five hours, the level would drop to 75 PPM.

In severe cases, the exposed person is placed inside a hyperbaric chamber, which can accelerate the process.

What is a part per million?

Carbon monoxide is measured in parts per million or PPM. To see just how small a PPM is, consider this: one PPM is equivalent to one goal in 16,666 hockey games or one day in 2,739 years.

You may wonder how they measure something so small. In earlier times, miners used to take a canary in the coal mines with them. If the canary stopped singing because of elevated CO, the coal miners hastily exited the mine.

Now, we have more humane ways of testing for carbon monoxide. These devices range from personal ones that attach to your belt, handheld versions, and permanently installed CO detectors.

When servicing a boiler, the limit is 400 PPM “air-free” CO in the flue gases. I work hard to get the reading well below that, and as close to zero as possible.

Air-free CO is the carbon monoxide reading after you remove the excess air from the calculation. Think of it as a cup of coffee. You and a friend purchase a small coffee, and it tastes bitter. You add creamer to it to make it less bitter. Your coffee still has the same amount of bitterness as your friend’s, but you have added creamer to dilute it. That is what excess air does with CO.

Stay safe out there!

What to do with the business – Part III

Venting challenges persist in the field

New Technology and Products for Installation and Repairs 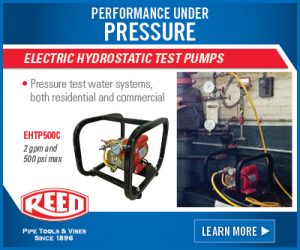 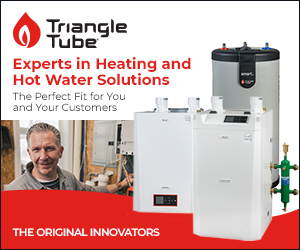