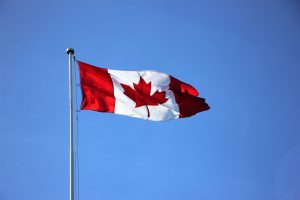 Earlier this week, Canada’s finance minister, Bill Morneau, presented an economic and fiscal snapshot of the country and government’s response to the COVID-19 crisis. So far, the pandemic plan has included the largest economic aid package in generations – federal and provincial programs within it represent a valuation in the neighbourhood of $469 billion – but this has also caused a readjustment of the 2020-21 debt forecast, which is now projected to reach $343.2 billion.

The department of finance has stated that the measures taken to flatten the pandemic curve and support the economic needs of Canadians are paying off, however, citing the efforts currently underway across the country to safely reopen the Canadian economy.

As the pandemic took hold in March and April, some 5.5 million Canadians – approximately 30 per cent of the workforce – either lost their jobs or saw their hours significantly scaled back, but there are growing signs that the worst of the economic shock is behind the Canadian economy, as a gradual reopening of the economy is underway.

With the number of workplaces closed or operating with limited capacity for several weeks, the economy is expected to be impacted significantly this year, with an expectation of an economic contraction of 6.8 per cent in 2020 as a whole, its sharpest drop since the Great Depression. It is expected to rebound by 5.5 per cent in 2021, however.

While admitting that this year’s deficit estimate is elevated as a result of the drastic measures taken to assist businesses and households, the ministry explained that the Canadian government’s response is in line with the fiscal response deployed by other comparator countries, and that Canada is expected to maintain its low debt advantage among G7 countries as the nation comes out of the crisis.

“The COVID-19 pandemic has had a major impact on the social and economic well-being of Canadians in every part of the country. For many it has meant lost jobs, lost hours and lost wages. Our government has understood, from the moment this pandemic began, that it was our role to step in to support Canadians and stabilize the economy,” stated Morneau. “Our investments have meant that Canadians and Canadian businesses, instead of drowning in debt and closing up shop, will be better positioned to get back at it.”

A more comprehensive overview of Canada’s COVID-19 Economic Response Plan can be reviewed online at https://bit.ly/2One6LH. Details about programs specific to business can be found here.