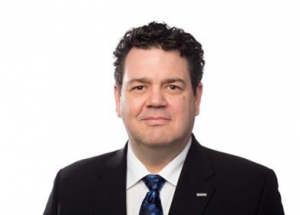 BLANCO has announced that Garth Wallin, formerly the President of BLANCO Canada, will expand his role to President and CEO, BLANCO North America.  BLANCO also announced several other key management changes including an expanded role for Wendy McPherson, VP of Sales and Marketing – Canada and the promotion of Edyta Drutis from Director of Marketing – BLANCO Canada to Director, Brand & Communications – North America.

Lajoie to represent Masco in Quebec