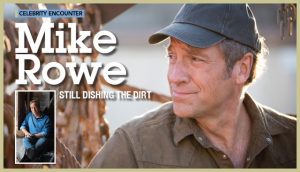 Almost a decade ago, television host-turned-guest Mike Rowe shared insights into the importance of the trades in these very pages (September/October 2012). Now that we’ve turned the calendar to the 2020s, we thought we’d ring him up again to see if much has changed since we last spoke about the nobility of hard work, the willingness to get dirty, and perceptions about the skilled trades and their importance to a truly functional society.

If you speak to almost any business owner in the mechanical sector, it’s not difficult to get them to admit that finding skilled tradespeople is a challenge, and this skills gap can be tied to some of the perceptions that are held socially about what are, in reality, good-paying jobs that keep society functioning.

“When you are trying to change the way a person or community feels about the definition of a good job – and that’s really what we are talking about: the vocations we immediately assign relevance and celebrity to – it is very, very difficult to quantify success,” says Rowe.

To help turn the tide, Rowe’s foundation, mikeroweWORKS, started its Work Ethic Scholarship Program in 2012 to help those who were looking to buck the idea that a college or university degree was the only path to success.

Shared each week on Work Ethic Wednesdays, the organization recognizes individuals who, a few years after getting a Work Ethic scholarship, are now making a difference in their trade of choice.

“Those stories are really important, not just because an individual did well,” says Rowe. “They are important because they make me much more persuasive when I’m talking to a guidance counsellor or a concerned parent – or a magazine editor who wants to know, ‘Are things changing?’

“The good news is, yes, I can give you 867 examples of how they have. But can I tell you that the average parent feels less icky when their kid says, ‘I have been thinking about it, and college just isn’t for me, I want to learn a trade’? I still think a lot of parents get very uncomfortable when they hear that.

“I think sensible people realize that you absolutely need an education in order to succeed, but what we have to try to unwind and unpack is this pernicious belief that the only way to get that is a four-year degree. That simply is not true anymore.”

Fighting to retain art in the trades

“If you want to wreck something, the best way to do it is to first minimize and remove the artistry from it,” says Rowe. “Before it was shop class, it was called the industrial arts.”

And shop class, for many, garners about as much respect as a guy in a pair of low-riding Levis fixing the drain under a sink. It’s critical work, and prevents us from devolving into the filth of the middle ages, but everyone cracks jokes and undermines it.

“When people look around and wonder how we completely turned our backs on shop class, well, this is how,” he explains. “You start by taking the art out of the industry, and you are left with vocational education, or Vo-tech, and that just doesn’t sound as aspirational as the industrial arts.

“And then your Vo-tech, becomes ‘Shop.’ And then shop class, once firmly ensconced as a vocational consolation prize, well, at that point, you can walk it out behind the barn and shoot it in the head.”

Anyone who has walked into a well-organized boiler room featuring parallel pipes, perhaps set against a backdrop of diamond plate and sporting custom labels, can appreciate the artistry that still exists in the trades for some, however.

“So many people in the trades, in their own quiet hopes and versions of their identities, see themselves as artists, but society doesn’t anymore,” says Rowe. “If you take the craft out of the craftsman; if you take the art out of the industrial arts, then you are left with something that probably looks a lot like drudgery, and that’s a tough sell.”

An epiphany in the sewer

“The very first job I did on Dirty Jobs, was actually done a year earlier on a segment called ‘Somebody’s gotta do it’ here in San Francisco when I was impersonating a host on a news show called Evening Magazine,” says Rowe. “I was quite literally baptized in a river of poo and realized, in the course of trying to host a local news program, that I would be much better suited to work as a guest instead of a host.”

The episode featured Rowe in the sewers of San Francisco as a sewer inspector was behind him, doing his job.

“Every time I tried to host, something else happened. If I opened my mouth, a lateral exploded with the flushed contents of a toilet. Roaches the size of my thumbs were all over my cameraman and all over me,” he recalls with a laugh that only a proper amount of recovery time can elicit.

“It was actually the rat who crawled up my shoulder that sent me leaping into the air, smashing my head on the ceiling and falling down into the crap. That was the moment I quit.

“So, I turned around and started working with the sewer inspector, a guy named Gene Chruszcz, who was hammering bricks out of a wall, replacing them. I spent the day down there, mixing mortar, interviewing him, laughing, and that was the footage that changed everything.”

The Way I Heard It

Mike grew up as a fan of Paul Harvey’s radio show The Rest of the Story, broadcast out of Chicago for several decades. It was that show that influenced his most recent project, a podcast and book both named The Way I Heard It.

“My favourite stories in the book are the ones that took me back to the woodpile, where Paul Harvey was telling the rest of the story on my dad’s AM radio while we stood out there, splitting wood, day after day after day – our home was heated by a woodstove,” says Rowe.

“Paul Harvey’s stories were basically mysteries about famous people who you know, that did something that you didn’t know, that, in some way, informed their life or changed their path,” he explains. “I have always been interested in those stories and I started to write them, really to just amuse myself and to compress time on a plane. Then I started posting them as podcasts. And the podcasts grew.”

When a publisher asked him to compile his favourite ones for a book, he put 35 of them together. Before he submitted the manuscript, he showed it to his mother.

“My mother was like, ‘Look, this is a really lazy book, Michael. What you should do
is write a memoir and use these stories to interrupt it. Or, use the stories you’ve written about famous people you’ve never met, and then try and explain why you wrote about them in the first place, in ways that are personal to you,’” he recalls. “So, the book is either a collection of mysteries about famous people that I’ve never met, interrupted periodically by a memoir, or it is a memoir about my own life, interrupted periodically by true stories of famous people I’ve never met.”

Well into a long run on the New York Times Best Seller list, Rowe claims to now understand, “When in doubt, listen to your mother.”

The Way I Heard It is available in print and as an eBook. To listen to the podcast, or order a book, visit www.mikerowe.com.

What it takes to strike the right chord

Some people marvel at the miracle of the lights going on when they flip a light switch, or their waste disappearing via the flush of a toilet. For others, that magic doesn’t even register.

Of course, just because some people refuse to budge doesn’t mean that there is no value in efforts to reframe the view, and some slow drips do turn into rushing torrents. While we all hope to see our messages go viral nowadays, there are historic examples that can show what the right image or right words at the right time can do to change perceptions and behaviours.

The Keep America Beautiful campaign, which featured a weeping Native American at the side of the road, took direct aim at the littering problem that was prevalent in the ’50s and ’60s.

“In relative terms, it was more pernicious than the global warming conversation,” explains Rowe. “That actually worked. It got people to think differently about littering, and it ultimately got people to change their behaviour.

“The sad truth, really, is that you can’t foster an appreciation for hot and cold running water until the water doesn’t run.”

Mike’s neighbourhood in northern California recently experienced a power outage that lasted for almost five days, and it changed some people’s perspectives.

“I’m surrounded by people who don’t think twice about their infrastructure, or the people who come to their homes and fix things when they break,” he says. “I guarantee you, by the end of the second day, everybody was thinking about it.”

“Sometimes things have to go splat before people can really, truly understand where their bread is buttered and, in this case, understand how self-defeating and foolish it is to affirmatively marginalize an entire category of our workforce. The category that we really rely upon most.”

Did you know?
Of the 300 or so jobs featured, over roughly 180 episodes, more than 30 segments from Dirty Jobs were greenlit and made it on the air as their own shows. That’s in addition to the numerous shows that have been inspired by, but not directly featured on, Dirty Jobs segments.

The flow must go on 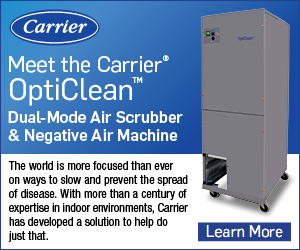 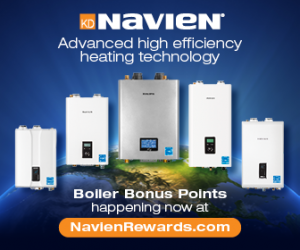