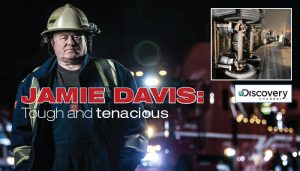 Tough. That’s the word that comes to mind when you think of the towing business. A tough job done by tough people.

It’s a perception that has only grown thanks to the popularity of the Discovery Channel’s hit TV series Highway Thru Hell and its star, Jamie Davis, owner of Jamie Davis Motor Truck & Auto, based in Hope, B.C.

“I liken it to being a marine. You need the same kind of qualities, which I think I have,” says Davis, who has been with the show since it first aired in 2012. “You need to be mentally tough and be able to endure a lot. I have a saying, ‘If you aren’t suffering, you aren’t living.’ That mantra serves me well.”

But being mentally and physically tough is not always enough to get the job done, as any tech who has been called out to a job in the dead of the night to snake a drain or fire up a furnace knows only too well.

“I’m stubborn and tenacious , which is crucial,” says Davis. “It also helps to be quick-witted and to have the ability to persevere through the many challenges. And of course, you have to have a good sense of humour – there are some things you just can’t get through without humour.”

Born to serve
Like many people who run their own service business, Davis got his start in his industry by working with his dad.

“I was born into it, just like my brothers,” Davis says. “Our Dad started with towing after a career in tugboats. Growing up I used to help my Dad around the yard – it’s just the way it was back then. We had to fix up our tow trucks to keep them on the road. I also studied shop in school, which helped build on my knowledge.

“The old trucks were built with more quality, and were built to last. I still use the old equipment, like Truck 47 [a 1979 Holmes 500, 10 ton]. They were simple and reliable and that’s what’ll get you through the battle.

“I used to ride along with Dad in a ’48 Ford flathead 8 3-speed with a hand-crank winch and a home-built boom with a wooden deck. That’s how I got the bug, and that’s when my family’s love affair with towing began.”

An industry with pulling power
Davis’s wife, Sherry, and their four children also have roles in the business. Having learned the ropes from his own father, Davis says the positives of working with family far outweigh any negatives.

“With family come challenges – that will always be the case. But there’s support with family that you wouldn’t get from just any co-worker. And there’s a built-in sense of trust, which is important to me.”

Whether his employees are relatives or not, however, everyone who works for Davis knows what the boss expects from them. “As an employer I expect people to put in an honest day’s work for an honest day’s pay,” he says. “I like it when they work like I do: I sweep, I recover, I do paperwork. I want my employees to have the same dedication to their work. If they don’t, that’s okay, but I don’t want them working for me anymore. Generally, the people who don’t stick around, aren’t here for a reason.”

Would he like his children to take the wheel from him in the future? He thinks, ultimately, they may find it hard to stay away.

“All of my kids are involved from time to time, in different ways,” he says. “I’m not sure which one will follow me into the business full-time, but I’m sure they’ll all keep a foot in it, at least. There’s a draw they can’t deny. It’s in their blood.”

What would Davis do if he no longer had to suit up and wrestle with the notorious Coquihalla Highway?Unsurprisingly, golden beaches and waving palms are not part of the plan.

“I think I’d just do restoration of old trucks if I could,” he says. “Some of the best days I’ve had have been spent rebuilding these rigs and seeing them progress.”

A channel for change
Fans of Highway Thru Hell are aware there have been plenty of bumps in the road for Davis and those he works with. Portraying a family firm’s struggles as well as its successes is part of the reason the show is so popular, and why viewers in 180 countries regularly tune in.

“The program has allowed me to show people what this business is – the good days and the bad days,” Davis explains. “My motto has always been, ‘If it’s a black eye, wear it.’

“There are a lot of problems that face the industry, which I’ve tried to highlight. We’re an essential service that isn’t publicly funded, so private mom-and-pop businesses struggle to stay afloat and to continue to keep the roads open and traffic flowing,” he explains. “I don’t know how much longer it will survive under the current system. It’s a fragile system financially, one that may be on the edge of extinction without intervention and public funding.”

Having the opportunity to show the public a side of the industry they would never otherwise see, is something Davis finds especially gratifying.

“I think the perception of towing has changed drastically since the show began,” he says. “People used to look at it negatively, without understanding the full spectrum of the industry. They’d see one minor thing they disliked and it would taint their opinion of the people and the work involved.

“The program shows what we do to keep the public safe and roads open. Viewers now can see that we have families and we make sacrifices to help motorists in need.

“This industry is service above self. We’ll get up and leave our Christmas dinner to go help a stranger on the highway. And it’s not about the money. I think people get that now.”

Surviving our winter roads
Jamie Davis is often asked how drivers can stay out of harm’s way on roads made treacherous by snow and ice. His answer is a simple one.

“Take a holiday when the weather gets bad. That sounds like a joke, but it isn’t really. A lot of the old-timers would do just that – drive hard for 10 months and take December and January off. If you can avoid the worst of it, that’s your best bet and the dream situation.”

MCAC promotes from within 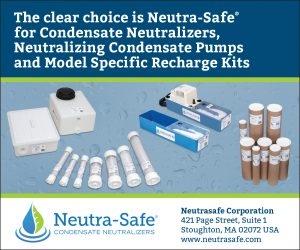