By MechBiz On Sep 13, 2019
Share
The Heating, Refrigeration and Air Conditioning Institute of Canada (HRAI) has awarded its highest honour, the HRAI Life Member Award, to Mechanical Business columnist and AtlasCare chairman and CEO Roger Grochmal. He received the award at the association’s national conference and banquet in Niagara Falls, Ont., on August 26.

“The first was the establishment of the residential air conditioning trade in Ontario. It took him and his colleagues 20 years, but the perseverance was worth it. The second was establishing the HVAC Coalition to challenge the monopoly of utilities at the time. They won some important victories at the Ontario Energy Board,” said Weishuhn. Both successes are seen as pivotal advances in the industry and for thousands of independent contractors across the country.

Grochmal is honoured that his efforts have had a lasting effect.

“You come away with a sense of pride that there has been a body of work that has had some meaning. My interest has always been on how we make the industry better. I’ve always believed the industry chose me, I did not choose it. So I owe something!”

He reflects positively on the journey he’s taken, acknowledging it hasn’t been easy, but rewarding.

“Life and business test you. You think you’re pretty smart at the beginning, but you discover fast that it’s not about being the smartest in the room, but the most persistent and the most resilient. Resiliency is the most underrated value in business – you will fall, you need to dust yourself off, learn, move on.”

When receiving the award, Grochmal was applauded for AtlasCare’s passion for giving back, led by a commitment to educational causes, volunteering and helping numerous local charities through the company’s Care to Share program.

An especially meaningful cause is Multiple Sclerosis, a disease that Grochmal’s first wife eventually succumbed to. AtlasCare continues to be a lead organizer, title sponsor and participant in the local Golf Fore MS tournament, raising tens of thousands of dollars over the years.

While retirement isn’t something he’s entertaining quite yet, Grochmal admits he’s shifting gears. His son, Michael Grochmal, became president in 2012.

“I’m proud that Mike and his team are leading the day-to-day operations now. I’m freed up to do project level strategic stuff that others can’t fit into the schedules.”

Readers of Mechanical Business will also be able to keep picking up tips and advice from Grochmal via the pages of the magazine. 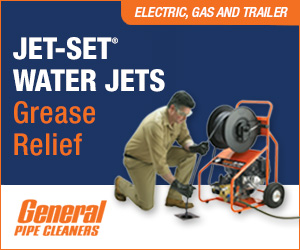