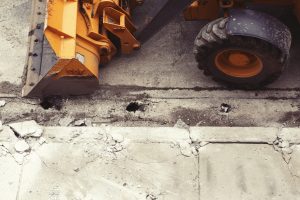 Following a record $9.5 billion in April, the value of building permits issued by Canadian municipalities declined 13 per cent to $8.2 billion in May. Increases in six provinces and all three territories were not enough to offset the decrease in British Columbia.

The national decrease was largely the result of the value of permits for multi-family dwellings in B.C. returning to recent levels, following a significant rise the previous month in response to Metro Vancouver’s impending increases in development costs introduced in May.

The value of residential permits was down 17.2 per cent to $5 billion in May, following a 26.6-per-cent increase in April.

Meanwhile, the value of single-family dwelling permits rose 1.8 per cent to $2.3 billion, led by Ontario (+$47 million).

The value of non-residential permits declined 5.7 per cent to $3.3 billion in May, although it remained above May 2018’s total of $2.9 billion. The decrease followed the issuance of a high value industrial building permit in Ontario the previous month. The value of commercial permits edged down 0.9 per cent to $1.9 billion.

In the institutional component, the value of permits rose 25.7 per cent to $815 million. Higher construction intentions for secondary and elementary schools in B.C., as well as for nursing homes in Quebec and Ontario, contributed to the increase. This was also higher than May 2018’s total of $567,320.

Martin makes step up at STELPRO