AQUATHERM has appointed Matt Denny as regional sales manager for Ontario, Quebec, Newfoundland and Labrador, New Brunswick, Nova Scotia, and Prince Edward Island. Denny has been in the mechanical sector for 20 years.

Larry Hope will continue as regional sales manager for Manitoba, Saskatchewan, Alberta, and British Columbia, and will now look after the territories of Nunavut, the Yukon, and the Northwest Territories.

They will be assisted by Glen Miller, whose role as vice-president and director of sales for Canada has been expanded to include the U.S. 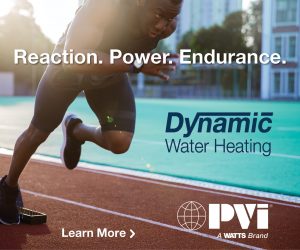