Going carbon neutral in the Brickworks

Sometimes a project comes along that can challenge even the most creative of contractors. That was certainly the case with Evergreen Brickworks Kiln Building (aka Building #16) in Toronto.

A historical industrial property in the Don Valley, the Brickworks has gone through a number of changes over the past two decades. Today, it’s a showpiece of environmental sustainability, with markets, entertainment venues and restaurants.

The Kiln Building is one of the last areas of the property to be upgraded. The largest building on the site, in many ways it was the most challenging to work on.

Most of the building is taken up by a single 55,000 sq. ft. open space. And the development restrictions on the structure were extreme. Exterior and interior walls were to remain intact, and the roof structure was unable to take on extra weight.

The floor has 25,000 sq. ft. of radiant tubing serviced by two 70-ton heat pumps. An air handling unit delivers fresh air to the space, as well as some additional heating, when needed.

To achieve the near impossible, LGA Architectural Partners and Brookfield Global Integrated Solutions (BGIS) decided to go with a unique geofield ground-source radiant heating and cooling design that is around 97 percent carbon neutral. (See schematic pg. 26)

The remaining small percentage is largely because of the need for a backup boiler system that is used to boost heating on the coldest days of the year.

”The constraints were crazy,” says Drew Adams, associate with LGA. ”When we started to work on the design, we were not allowed to change the exterior or interior, and the roof had extreme sensitivity to added weight, so we could use very little insulation, if any.”

Even though the property had gone through other upgrades, this project wasn’t suited to what had been used for other buildings, Adams says. ”The goal is to make the entire site carbon neutral. But every building lends itself to a different type of system. In this case, renewable energy was the best approach.”

The designers looked at several options including adding to the existing gas boiler system. But that would not meet Evergreen’s sustainability mandate, says Greg Woodhouse, managing director, Engineering and Professional Services for BGIS.

”If you want to be carbon neutral you have to eliminate the use of natural gas. You can go with electric boilers, but that’s very expensive to operate. Given that we needed to provide heat without changing the building envelope, a heat pump system with ground source heating was the only logical solution to meet the net zero mandate.”

To come close to a net-zero target, the space temperature requirements had to be relaxed. ”We had to think about the maximum heat that could be generated within a sustainable system,” explains Adams. ”Easing those requirements gave us some latitude. In the dead of winter, it can be 13°C rather than 21°C or 22°C, which is not so bad if you put blankets on chairs, add fire pits and have a large crowd.”

”There was no way we could achieve normal indoor operating temperatures of 21 to 22 degrees,” Woodhouse stresses. ”We had to be realistic. To provide heat to that temperature might require four times the energy a normal building would be using and could only be
achieved unsustainably.”

Woodhouse says while it was a simple building, ”The HVAC system was complex because
everything had to tie together.”

The geofield uses 40 bore holes drilled to a depth of around 600 feet.

”It was installed on a tiny piece of property behind the building because of the nearby Metrolinx easement,” Adams notes. The 600-foot depth was enough to isolate the heat source from the outside temperatures. Woodhouse likens it to a ”big dirt battery” that is protected from the elements and normalizes earth temperatures at about 13°C. Temperatures stay at that level by taking energy out to drive the temperature down, and putting energy in to drive
the temperature up when needed.

”If you take too much heat out too quickly you can effectively freeze the ‘battery’ over time and it’s no longer useful as a heat source,” Woodhouse explains. ”Because this is a heating dominated building, the design delivers heat into the earth battery – in this case taking the energy from the thermal solar panels on the roof and dumping it into the earth to recharge it. Heat pumps can then deliver low-temperature source heat to the building in perpetuity and the earth battery won’t freeze.”

Being on an active flood plain, the project engineers had to find a way to mitigate inevitable flooding events.

”Since 2010, it was hit by two 100-year floods,” Adams explains. ”Given that it would be impossible to stop major flooding, the design at least provides a means to effectively clean up the site as quickly as possible.”

To do that, the floor was raised two feet and a Cupolex system, which resembles an upside-down plastic egg carton, was sandwiched between the original concrete layer and an insulated Foamcrete layer on top.

Instead of putting in a fixed sump pump system, the floor design includes two sump pits running five-feet deep with openings to drop in portable pumps when needed.

”We also put a lot of gravel below the basement slab to run a series of pipes that slope to a culvert,” Adams explains.

All of the pipes have backwater valves on them to prevent water from the culvert coming back in, Woodhouse notes.

They also put in a series of inspection points where maintenance crews can unscrew the lids and remove the gasket to look at the amount of standing water below.

Given that flooding is inevitable, all mechanical and electrical systems – including control valves, outlets and motors – are installed six feet above the finished floor and the flood plain. 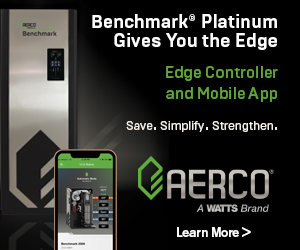