Judging by the packed HRAI GTA Chapter forum in Woodbridge, Ont., on Tuesday evening, there is real concern within the industry about what is going to take the place of the Ontario College of Trades once it is scrapped by the Ontario government.

The new administration’s Bill 47, which has passed its third reading at Queen’s Park and is due to come into law in the new year, would eliminate the college, as well as adjust the journeyman-to-apprentice ratio to one-to-one.

Martin Luymes, HRAI’s vice-president of government and stakeholder relations, gave members an outline of the proposals and also sought feedback as to what form and role a replacement for the college might take.

”We have a government in Ontario that is very friendly to business owners,” he told members. ”It’s their mantra, they believe it and we must take advantage of it.

”There is a real opportunity for us as an industry to speak up and give them our ideas.”

In terms of enforcement, whatever replaces the college should have ”fewer policemen and more coaches,” suggested one attendee to applause.

Members also gave opinions on what they believe are must-haves and deal-breakers with regard to any new body, and suggested using models already successfully operating in other countries as a guide.

A simplified and streamlined approach to apprenticeships was also an area of concern that members wanted to see addressed.

Luymes, however, noted that Doug Ford’s new government wants to move quickly and time was not on the industry’s side.

As next steps, however, HRAI plans to engage with Merrilee Fullerton MPP, Minister of Training, Colleges and Universities, while also developing a straw man model that could be used as a starting point for further discussion. The representative body also plans to survey members across the province.

”This government has put a strong emphasis on making decisions quickly,” Luymes said. ”If we can put together a consensus it will have a lot of sway.”

Learning about cool water in T.O. 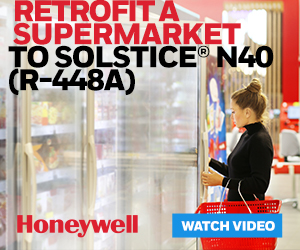