Plumbing product manufacturer and distributor OS&B recently announced the sponsorship of the 10th ranked curling team in the world, led by John Epping.

The agreement for the 2018-2019 season will see the company’s logo positioned prominently on the left sleeve of the jersey worn by all Team Epping athletes.

”We’re very excited to announce this partnership with OS&B for the upcoming season,” said Epping, a three-time Grand Slam of Curling Champion and 18-time winner on the World Curling Tour. ”It means a lot to us that they’ve selected Team Epping to partner with.”

In addition to the uniform branding, Team Epping will also serve as ambassadors for OS&B, providing promotional support through social media and at special events.

”We are thrilled to partner with Team Epping for what we believe will be a fantastic season for one of the top ranked curling teams in the world,” said OS&B president Brent Cornelissen. ”We know our support of Team Epping will help them in their goal to be the leader in their world.”

Team Epping added a couple of veteran players over the offseason with 2018 Olympian Brent Laing and four-time World Curling champion Craig Savill set to join skip John Epping and third Mat Camm. Savill’s return to the rink has been a well-documented and celebrated one after he took a leave of absence to fight Hodgkin’s Lymphoma, which he has successfully beaten. He reunites with Laing, with whom he won two Tim Hortons Briers, two world championships and 12 Grand Slams.

Enercare to be acquired by Brookfield Infrastructure 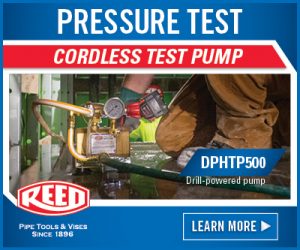