Stephen Carpenter was awarded the Order of Canada in recognition of his leadership in the development and stewardship of Canada’s green building industry by Governor General David Johnston on Dec. 30, 2013.

Carpenter founded Enermodal Engineering in Waterloo, Ont. in 1981, with a focus on the development of Canada’s first energy modelling software.

Carpenter received the CaGBC’s first Exceptional Service Award in 2010 and was one of two Canadians named to the inaugural class of LEED Fellows.

Recognizing the need for technical training of engineers and construction contractors, he spent a significant amount of time instructing engineers, and others within the construction trades in improved designs and methods. Carpenter has taught more than 50 courses to over 2,000 professionals.

In 1992, he designed the Waterloo Region Green Home, which used 75 per cent less energy and water than a conventional Canadian home. It was named Canada’s contribution to the International Energy Agency Task XIII.

Four years later in 1996, Carpenter worked on the design for Enermodal’s first purpose-built headquarters, Green on the Grand, in Kitchener, Ont., which incorporated innovative technologies such as radiant heating and cooling and a storm water pond for building heat rejection.

He recently led the design and construction of the company’s new head office in Kitchener, A Grander View, which is the first building in Canada to achieve LEED Platinum certification in three LEED rating systems.

Jody Mitic: A model of perseverance

Next Supply adds Toto to its offerings 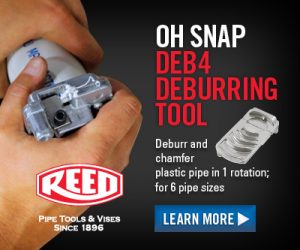